November 2014 Luncheon – Changing the Channel: Brand Storytelling and the Rebranding of Sundance TV

***Pricing reflects Early Bird Discount of $5 *Payment is required in advance by Visa, MasterCard, or American Express through Paypal or Check sent as soon as registration is completed. Seats not paid for in advance are not guaranteed.

As senior vice president of marketing, Monica Bloom is responsible for the strategic brand positioning of SundanceTV, a network that has established itself as a destination for prestige scripted dramas, distinctive non-fiction shows alongside independent films. Bloom oversees marketing activity across all platforms in order to drive audience growth in the cable digital tier and satellite space. Additionally, she identifies and drives the execution of key marketing partnerships and the strategic ideation and execution of all digital content. She was appointed to this role in early 2012.

While at SundanceTV, Bloom has been instrumental in the success of the network’s original programming. Since SundanceTV expanded its original scripted slate with critically acclaimed programs such as “Top of the Lake,” “Rectify,” “The Red Road,” and “The Honorable Woman,” Bloom has been recognized for her edgy and innovative marketing strategies. Her work has been recognized at the PromaxBDA Awards, the CableFAXIES, Excellence in Marketing and PR Awards and the CTAM MARK Awards.

Prior to joining SundanceTV, Bloom spent three and a half years as the head of brand strategy and development at (RED), the New York based organization created by Bono and Bobby Shriver to drive corporate profits into the fight against AIDS. At (RED), she was instrumental in defining the brand voice of the organization and developing programs, which helped generate over $185 million of contributions worldwide. Prior to (RED), Bloom served as the senior vice president of Integrated Marketing at Omnicom Group, where she led core integrated marketing strategies and campaigns for various divisions of Bank of America. Bloom has also worked at numerous marketing firms, including Richmond’s The Martin Agency, handling successful campaigns for clients such as Kraft/Nabisco, Gerber, American Express Financial Advisors, Miller Brewing Co., Coca Cola and UPS. 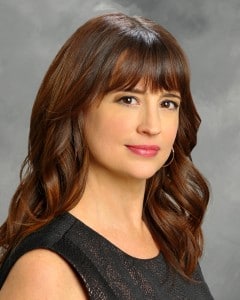 Bloom graduated from Clemson University with a Bachelor of Arts degree in design. Her work has been recognized in numerous Top 10 lists for ad campaigns, including USA Today and Adweek, and won Effie Awards for her UPS NASCAR, Miller Lite and Gerber Graduates campaigns. Bloom serves on the board of the non-profit Host For Good, an organization that gives people the tools to host their own fundraisers and is an advisory board member for consultancy group, Partners & Partners. She is a graduate of the prestigious Betsy Magness WICT program, as well as a volunteer and mentor working with organizations such as amfAR, WICT and VCU Brandcenter.